Augmented Reality is for More Than Just Capturing Pokémon 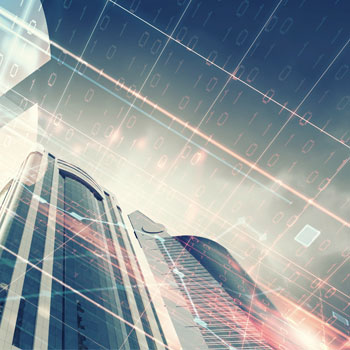 By Rob Martens, Futurist and Director of Connectivity Platforms at Allegion

This year, Pokémon GO quickly captured the mobile gaming world by becoming the most popular application in both Apple and Android application stores with more than 100 million downloads since its public release in early July.

The mobile application blurs the lines between virtual and physical worlds by utilizing GPS to navigate cities and uncover digital characters and items. The game attracts a wide demographic – young, old, professionals, students and more. It is relatable, intuitive, and fun. The concept behind this game of integrating virtual reality into real-world environments is formally known as augmented reality, or AR.

AR isn’t new, as the technology has actually been around for some time in automotive and other industries. A simple example would be projecting dashboard information onto the interior of a car’s windshield so that the driver can easily monitor their status without taking their eyes off of the road. Another would be on the screen of an air traffic controller where a digital overlay is presented on the video screen to point out key information and simplify decision making. So what makes the reintroduction of AR at this time any different or particularly special? The availability of real-time data. Lots of clean, affordable, proactively delivered data. Many industries are recognizing AR’s potential, especially in tight conjunction with connected/smart devices, otherwise known as the Internet of Things (IoT).

In 1999, the phrase “Internet of Things” was coined by British tech pioneer Kevin Ashton. On a large scale it is defined as billions of sensors and smart devices will connect and share information with each other to enhance the collective experience of the end user in a variety of different ways. This is done by collecting, cleaning and analyzing the data provided, allowing for predictive and real-time actions to take place on behalf of the user and associated community.

The IoT’s recent rise in popularity stems from its new found affordability and accessibility. Since 2010, sensor costs are down 50 percent, and bandwidth and processing costs are down 40 and 60 times respectively. Put more simply, the cost of devices, information transport and information cleaning is less expensive and easier to do than ever.

Today, the IoT is becoming clearer in what it can do. Better business cases are continuing to help drive productivity. Businesses are starting to use the abundance of data collected from sensors to gain an advantage over their competition. Consumers are able to control and manage more with less effort.

One of these major advantages is a company’s ability to create a more positive, personalized experience for the end user throughout their work day. This can be in the form of automatically recognizing and performing complex repetitive actions such as adjusting lights, controlling temperature, auto locking doors, or other actions to benefit the user.

AR has the potential to join the IoT in this category of transforming opportunity to reality, but for now it’s only scratching the surface.

AR overlays graphics, audio and even smells across a real-world environment in real time with an end goal of making things more convenient for the user. This technology is already being adopted on smartphones, and will continue to evolve and become more consumer-friendly as years pass.

Taking another look at Pokémon GO, the application allows users to locate characters through a smartphone GPS signal and camera. By using the mobile application, you can see digital characters on camera located right in front of you in the real-world environment. While it’s fun to catch Pokémon on your daily commute or in the office, AR is more than just a game and businesses are taking notice.

Layar, the global leader in AR and interactive print technology, has created an application that incorporates cell phone camera and GPS to collect data from surrounding areas. From this data, you can access information about restaurants, hotels, etc., and it overlaps onto your screen for easy accessibility in a matter of seconds.

Imagine this: A young person is looking for a summer job and isn’t sure which companies are hiring. Rather than spending countless hours going from building to building, they can eventually point their phone at the structure and have Layar pull up the hiring status of any of the participating companies within. In addition, the technology will allow consumers to be able to easily see company hours, sale prices and even images.

Although AR has a large amount of untapped potential, there are also significant challenges and concerns that will need to be addressed.

·       Privacy concerns. What images are private? Who gets access to what information? What information or status is acceptable to “attach” to a building, site or object? Who makes that decision? There are plenty of situations that could potentially cause legal issues over privacy.

·       Technology. In many applications, GPS can be a major functional component of AR. It is typically available in most smart phones today, but signals can regularly get lost and are largely unavailable indoors. For AR to take off in that environment, either GPS needs to scan further distances and improve its indoor accuracies, or complimentary technologies will need to be introduced and embedded on common devices for use.

It is easy to recognize the large number of potential applications of AR in the security space, despite its challenges. As is typical, the size of the opportunity and the difficulty associated with change go hand in hand. Consider the evolution of door locks over the past 5-10 years. Mechanical keys were once the only option for security professionals to implement.

Then there was the introduction of electronic access control and the adoption of smart cards/mobile credentials by commercial businesses. These new credentials are continuing to trend upward in the security marketplace, specifically for college campuses, and some benefits include:

·       Lower costs and ease of installation

Imagine being in a facility service role and being able to walk onto an unfamiliar building campus and identify issues immediately from smart devices that are actively calling out to you from your smart phone. Sound a little bit like Pokémon? It is. The big win for facilities however is that this is no game. Those devices aren’t disturbing the people around them with annoying noises or flashing lights, rather they are calling to you specifically via AR. You are saving time, frustration and money while also enhancing the experience of everyone involved in the process. Every time that a smart device is installed, it has the potential to interact in an AR environment. When designing a new facility or retrofitting an old one, this is something that should be considered, as the productivity and enhanced experiential benefits could potentially be significant.

There is a clear future for AR in the security industry. Provided below are a few examples of solutions that may impact it in the future.

·       Digital mapping. AR has the ability to capture structural images of a building and create a 3D virtual map. When applied to physical access control, this map can be used to generate specifications, support BIM or other building models and facility guides at all stages of the building lifecycle. These digital maps can be valuable assets that can evolve and even be transferred to new ownership as needed over time.

·       Space planning. Having a digital map can help when planning for the implementation of access control and security systems. Measuring and installing security devices while present at a facility can also be a potential benefit of AR. By utilizing the ability to overlay a virtual object within a physical space, security professionals, contractors and locksmiths have the ability to visualize the entire room as a finished project before they even start, or to see preexisting infrastructure that they need to be aware of in the case of a retrofit project. This can help to avoid costly mistakes or errors, in some cases even help to avoid accidents.

·       Reduced rate of error. If specifications are written into the AR platform, a user would be able to receive notifications of inconsistencies or misplaced hardware before the error occurs. It may also have the ability to reduce or eliminate errors in order quantity when checking the confirmation sheet or integrating with an existing BIM system.

Although hypothetical, these are some of the possible instances where AR can play a role in the security industry by assisting building planning, enhancing operational efficiencies, and improving the ease and convenience of building maintenance.

The relationship between Augmented Reality and the IoT?

It is not hard to see that building security is advancing at an exponential pace. Each year, more aspects of security are being managed remotely from a computer, smartphone or other devices with fewer and fewer staff required. Many of these control options are made possible by the support of connected IoT devices. They have the ability to actively communicate with each other and to the cloud with little or no human interaction. They can proactively send updates on the status of a facility without the need for an administrator to be there in person.

In most buildings that house an integrated security and access control system, there is an opportunity to manage much more with IoT enabled devices. It’s projected that by the year 2020, there may be as many as 200 billion connected devices across the globe. That translates to roughly 26 smart objects per person. With all of this smart technology being implemented at a rapid rate, AR begins to make sense for facility executives and building owners. A smart device needs to be connected to communicate proactively with AR, and AR can provide a cleaner, simpler way to see what is happening without creating additional churn and chaos in an already busy environment.

Things to Consider With Augmented Reality

AR is a niche technology at present, but it has tremendous potential. As connected devices grow, the case for leveraging AR grows as well. A good implementation of AR is dependent on clean, accurate, and easy to manage data and an applied business case that delivers real value for the users. The improvement curve for this data is steep, and the IoT is helping to drive it forward with the mass proliferation of smart devices and integrated systems across many industries. The business cases are improving as well, as users are more aware of what data is of value, and how they can deliver it in a way that improves the condition of the community using it.

AR is new, dynamic, interesting and fun. It may appear most prominently as a mobile game today, but there are many interesting potential uses waiting to be discovered across a variety of industries. The technology is evolving, and as it continues to advance and grow, we will learn how to apply it in more practical ways. Only time will tell which uses for this technology will reach the security industry, as many now are only hypothetical, but the potential is very clear.

Rob Martens is the Futurist and Director of Connectivity Platforms at Allegion. As technology strategist and futurist with a special focus on the IoT, Rob is responsible for identifying and incorporating trends, opportunities and partnerships in the electronic product space. A former corporate CIO, his professional background includes CPG, industrial manufacturing, distribution, financial services, consulting, education and automotive businesses. Rob is a graduate of the University of North Carolina at Chapel Hill.